I have recently returned from a trip to Croatia, Bosnia and Montenegro.
As usual, I was looking for new dolls!
The dolls in CROATIA were mostly made of porcelain with thick unrealistic hands, and rather "starey" eyes, so I chose the hard plastic ones instead.  The chimney sweep is made of a more dainty porcelain than the regional dolls.
In BOSNIA, as I was limited for time, I was only able to find dolls made of vinyl, but they give an idea of the costumes.
In MONTENEGRO I found the delightful little "elderly people" dolls which are hand made.  The other pair of dolls is vinyl.
For more pictures and further information, please see the website.  Carole.
CROATIA
Website Id:  Europe - Croatia - 008, 008A and 008B
(Woman wearing the headress of a married woman). 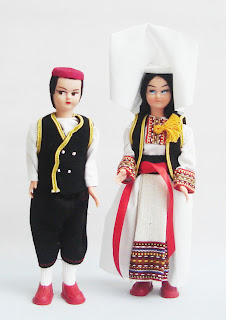 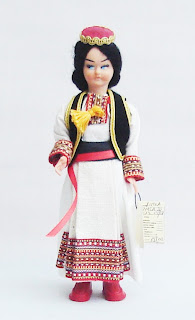 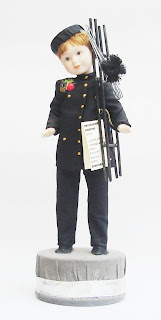 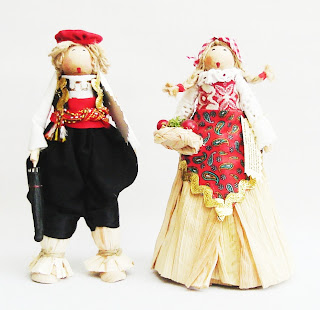 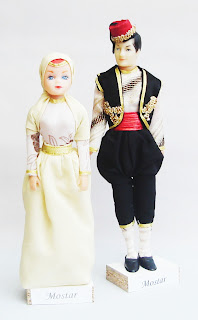 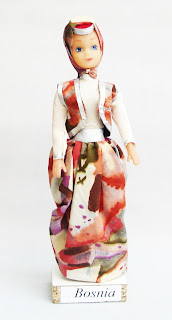 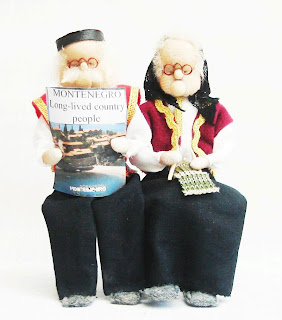 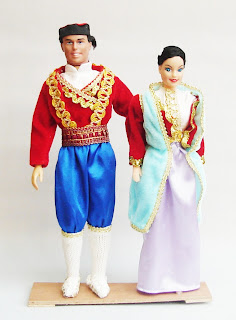 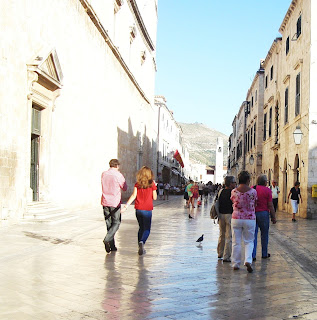 CROATIA
Another view on a coach trip 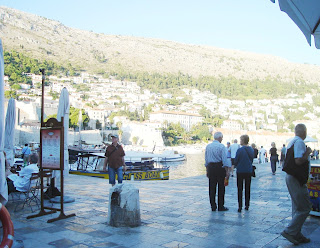 BOSNIA
(Mostar)
The famous Turkish bridge which was built in 1566
and re-built after it was damaged during the war
in the early 1990's. 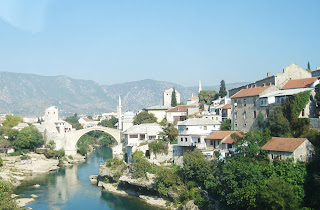 ﻿
BOSNIA
The Turkish street in Mostar
(and the shop on the left where I bought the Bosnian dolls). 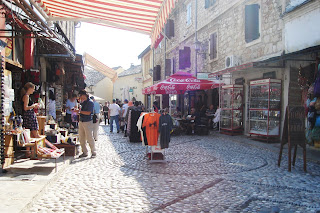 ﻿
MONTENEGRO
View from the highest point in Montenegro
(from the coach). 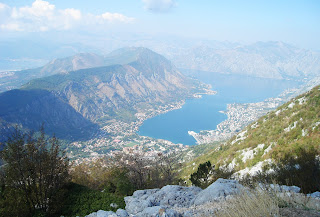 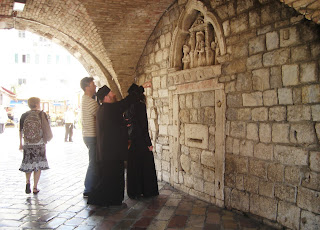